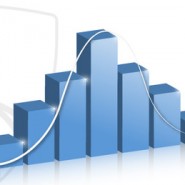 The Transportation Department (PennDOT) announced that the public can now search for finalized crash and traffic fatality data using its new Pennsylvania Crash Information Too, which is accessible at www.dotcrashinfo.pa.gov.

Overall, traffic deaths in Pennsylvania have reached an all-time low. The 2014 number of traffic fatalities totaled 1,195. This is the lowest since record keeping began in 1928.